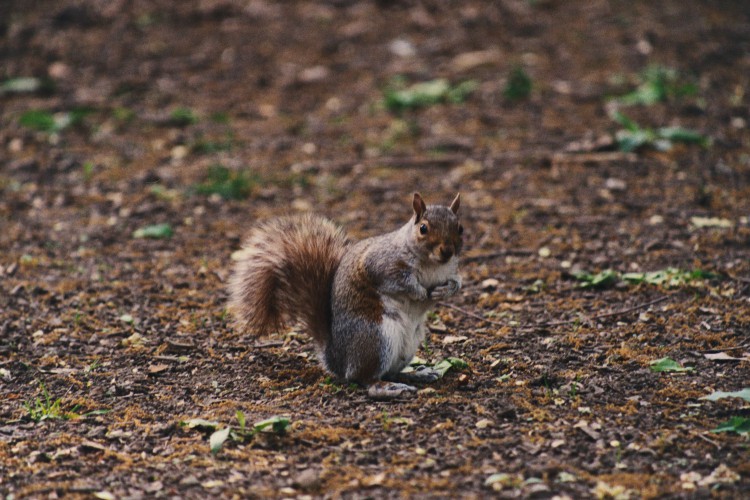 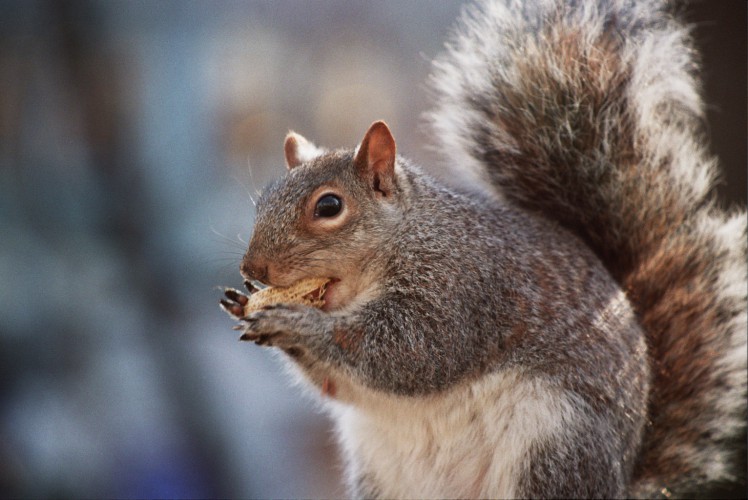 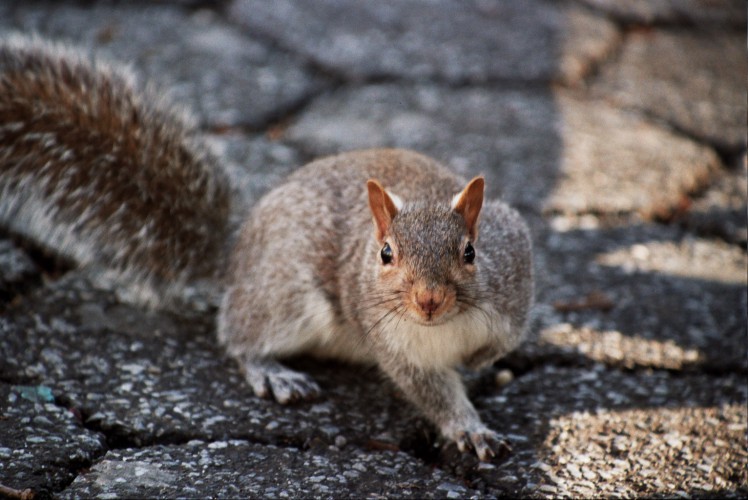 when i was young, i dreamed of a channel that would broadcast nothing but squirrels. (sometimes i still do.)

Winter-time, Chipper lived a simple life. Mostly he slept. He was his best in autumn mornings and afternoons when the sun was low. He fondly remembered that October afternoon, when in the twilight of dusk he picked the scent of beechnut. He bounded from root to rock to a pile of decaying leaves. He dived in, paws first, snout right behind, and yes! There it was, a beechnut unlike any Chipper had ever encountered.

Being a chipmunk, Chipper was very familiar with beechnuts. But this beechnut was one in ten million. Perfect shape, perfect green gold hue, perfect nutty smell. Chipper’s tail fluttered. His body vibrated in animated excitement. He took up the nut, jumped to a root, up the trunk, then down a branch. Silhouetted in golden light he marveled at his find. What a beechnut! Incredible.

He was bewildered. What does one do with something so extraordinary? Like most chipmunks, Chipper was a solitary creature and couldn’t imagine sharing with anyone. He would keep it for some special time. Bury it deep and good.

Chipper woke up late. It was winter after all. He had built his burrow under a large stone by the stream. Inside it was warm, even in winter. He poked his head out, searched the sky for hawks, then hopped away, bounding over the frozen stream. First he would check up on his beechnut, then he would find one of his hoards and gorge on maple seed. It was his routine.

The beechnut was buried three inches deep under the branches of a thorn bush. It was a quick two minute hop from the burrow. Chipper took his time. He traced the scent of a fox, than ran up and down a few trees for good practice. He finally came to the beechnut, which for the past three months had been covered by a foot of snow. But being a chipmunk, Chipper could yet smell it. Except he couldn’t. Where was the beechnut?!

A great fright swept over Chipper. The snow was tossed. It smelled of squirrel. He feared that Scott, a common squirrel, had stolen his golden beechnut. Chipper dived in, furiously shoveling snow away, hoping, hoping that the beechnut was still there but upon reaching the dirt he lost all hope for soil was already loose. Chipper stopped. He did not tuck his tail around him. He just stopped, deep in snow, and quietly closed his eyes.

He lay there for some time. He thought about Cara. She was so pretty. Her cheeks were stupendous; they could fit twenty nuts unhusked. Her stripes, beautiful and vibrant, passed from her rosy nose to the tip of her tail. He thought about how last spring he was going to mate with her, but then, without warning, she hopped off with Caleb instead.

Chipper was shaking. The snow was soaking through to his body. He thought about last December when Scott turned up nearly all his seed hoards and let the birds have them. Scott was not hungry. No, he was just a cruel squirrel twice Chipper’s size. He beat up on little Chipper just because he could.

A fury swept over him. Why? Why? He sprung out of the snow and ran out to a tree and went up and down it one, two, three, four times. He climbed to the very top, higher than he would ever climb. The weak branch swayed under his weight. He looked onto the mess by the thorn bush. It made him sad. He looked around over and into the forest. It had stopped snowing. The sun was out. His wet fur was steaming from within. And in the corner of his wide peripheral vision, he saw Scott.

Scott was but a hundred feet away, in a clearing, sitting in broad daylight. In his paws was the beechnut. He was turning it over and over. Now this beechnut was a thing a beauty, no doubt, but to sit there in the clearing? It’s an unnecessary risk. A hawk would get him. The arrogant fool.

Chipper knew what he wanted. He wanted his beechnut. His beechnut. If Scott would be so arrogant, then he would be doubly rash. He leaped from branch to branch, from treetop to treetop. Forty feet high, but no matter, he jumped out into the clearing, limbs spread outward. His fur caught a miraculous wind – he was a chipmunk missile – and like Joan of Arc, but with more righteous fury, he set upon his enemy, pummeling Scott deep into snow as he stole away the beechnut.

Scott was shocked. A flash of fur and the beechnut was gone! What had happened? It was Chipper! Little Chipper had tackled him and taken the beechnut!

Seventy three minutes later, Scott had given up the chase and Chipper hopped along happy as a chipmunk could be. There was a rock in the middle of the stream that the sun would warm. He skidded over the frozen surface and leaped up to its polished surface. It was time to celebrate. He popped down the beechnut, marveled at its beauty and began to dehusk. It split in perfect symmetry. He stuffed the nut into his left check and savored the flavor. It was delicious – creamy and just a bit bitter. He gnawed around its outer edges. Crumbs of beechnut fell onto his pallet. Chipper was happy for this was the best meal of his life. It would also be his last.

The sun was setting. It was again beginning to snow. But the rock was still warm and so was the chipmunk. Tired, he rested, happy and content, so much so that he forgot the worries of life; he did not keep an eye to the sky and by the time he saw the shadow upon him, it was too late. Herman the Hawk had him.

At first he struggled. But as Herman rose higher and higher, he stopped. He looked down at the forest. It was beautiful, that land, his country. He wondered if Cara was okay or if she too got caught by hawk. He hadn’t seem her or her offspring, Colin, Cricket and Connie, in many months. He wondered if they would find his hoards and feast. He hoped so. He had always thought Caleb a pretentious showoff who couldn’t build a proper burrow even in the best of soils, but even so, he hoped for him too.

He wished he had another summer, to say hi to his chipmunk friends, to chase tail, to eat fresh berry. In truth he was tired. The hawk threw the chipmunk hard onto a granite outcropping. This should have frightened him, but instead, as his tongue smacked against his incisors, he realized that he could still taste the beechnut. As everything came out, he burped a little and was overwhelmed by the rich and creamy, hints of bitter beechwood. The hawk came upon him. He closed his eyes and thought of that beechnut, its perfect symmetry, in its beauty, his glory. And at that, he let himself pass out.

It was still snowing. Heavy wet flakes that made the flying difficult, but Herman didn’t mind. These past few days he had slept on an empty stomach and waking up that morning to the gray day and heavy flakes of snow, Herman felt the empathic pangs of hunger. He went back to his nest and shared some of Chipper with Heather, the love of his life. They sat there, together in their nest, warming one another, looking out on the yellow halo of the sun setting behind a world fogged white by falling snow. All the forest was at rest, holed up, hidden away, but for a few lonely trees creaking, swaying. It was another evening in February and Heather and Herman, warming one another, went to sleep happy.